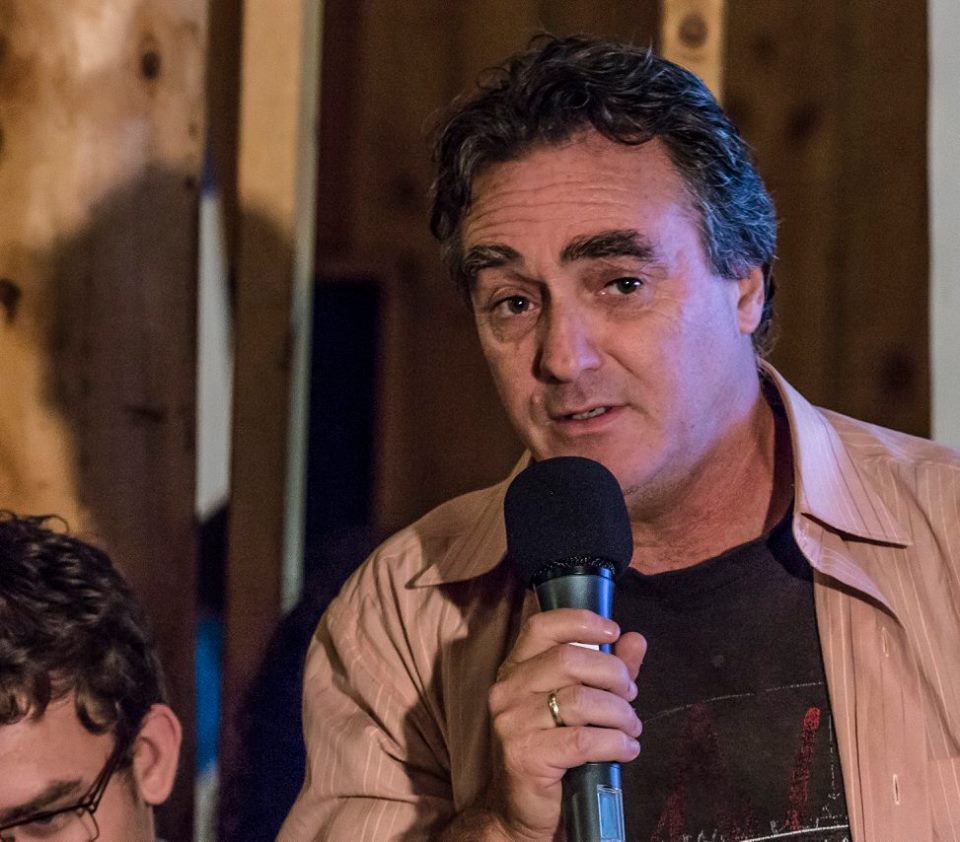 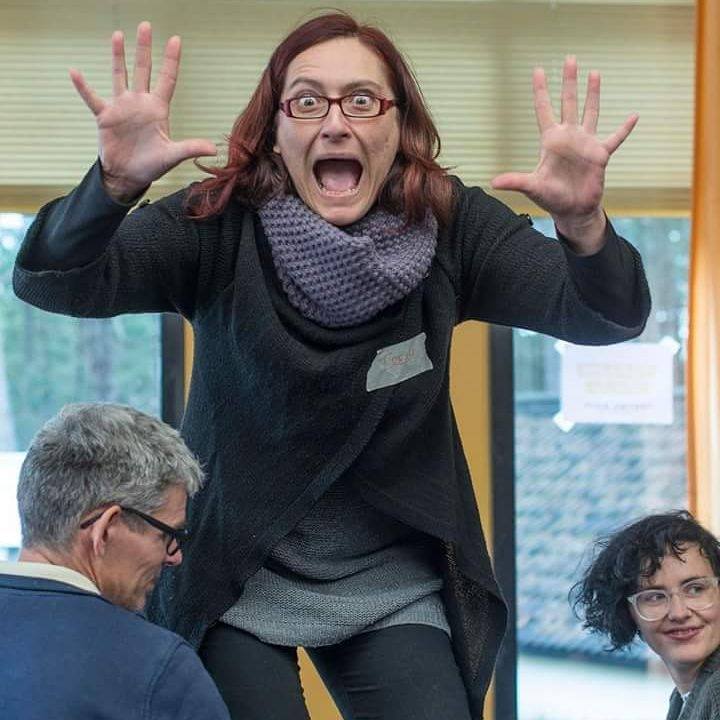 He has studied theatre in the School of Dramatic Art, “Odion Athinon”, in Athens, Bibliothiconomy and Philosophy in the University of Athens. He is a member of the Greek Union of Actors and the International Theatrical Institute (ITI).

He had continued his etude on theatre, attending several seminars with Ryszard Cieslak and Zigmunt Molik, Gregorz Bral and Anna Zubricka, with the actors of Odin Teatret in Denmark, Roberta Carreri, Torgeir Wethal, Iben Nagel Rasmunsen and Eugenio Barba and Fernando Montes (Teatro Varasantas, Colombia), Przemislaw Wasilkowski (Poland). He also has traveled two times in Pontedera, in the Workcenter of Jerzy Grotowski and Thomas Richards, having the opportunity to show his work by the title “Martyrima” and watch the performative opuses of the team of Workcenter.

In 1997, he was the assistant director of Marco Baliani, for the performance “Gufa”, an international work, production of ITI. (International Theatre Institute).

For three years he was teacher in the Experimental Stage of National Theatre of Greece, conducting his own laboratory for professional actors.

As an actor he worked in several Greek theatrical companies (National Theatre of Greece, Theatre of Sun, “Magic Theatre”) and participated in two Greek films.

In 1991, he founded the theatrical group “Omma Studio”. With “Omma Studio” he has directed and performed in more than 60 plays (indoor and street performances) and has traveled to Serbia, Hungary, Poland, Cyprus, Denmark, Egypt, Italy, Russia, Ukraine, Scotland, Iran, Colombia, India. He is twice awarded, as director, for the play, “Martyrima” (based on the “Idiot” of F. Dostoyevski and the “Murderess” of the Greek writer A. Papadiamantis), in the international theatricals Festivals, “Voices of History” (Vologda, Russia) and “Fadjir” (Tehran, Iran).

As artistic director of “Omma Studio” he gives seminars in the laboratory which the group has established in its space and lectures upon theatre in Greece and abroad (he is specialized on chorus of the ancient Greek tragedy).

He was the responsible organizer for Greece of the three years European Project Tracing Roads Across leaded by the Workcenter of Jerzy Grotowski and Thomas Richards, which took place in six different European cities –as well in Crete, Zaros, where the Workcenter presented for a first time in Greece its work (2003 – 2005).

In 2005 and 2006 had a private work program upon physical actions with Rena Mirecka (actress of Theatre Laboratorium of Jerzy Grotowski).

He was artistic director on behalf of official partner Omma Studio, of the large scale cooperation project of Creative Europe “Caravan Next. Feed the future: Art moving cities”, the leader of which is Odin Teatret (Denmark) along with another 13 artistic institutions – companies from 11 European countries.

She was born in Athens in 1974. Since 2001 she is an actress in Omma Studio Theater, taking part in more than 30 indoor and street performances, travelling in Greece and abroad participating in international festivals in Serbia, Italy, Poland, Egypt, India, Denmark, Holland, Sardinia, Colombia.

The presentation – work demonstration “Theater: A separate reality” that Irene Koutsaki did in 2005 in Wroclaw, Poland, in Eastern Line Festival (during International Symposium of Theater Anthropology), was the occasion to meet Rena Mirecka (actress of Teatr Laboratorium, of Jerzy Grotowski). The apprenticeship with her and the private work program she did with her in 2005 and 2006, changed completely the way she does theatre.

During the European Project “Tracing Roads Across”- a research that the Workcenter of Jerzy Grotowski and Thomas Richards did in 7 European countries, she was responsible project manager for the 2 months’ residence and work of Workcenter in Zaros, Crete, Greece.

She has translated to Greek the book of Thomas Richards, titled “The Edge Point of the Performance” and the book of Eugenio Barba, titled “The Land of Ashes and Diamonds” (Gavriilidis publications).

She was project manager for Omma Studio, of the European project “Caravan Next. Feed the future: Art moving cities” (funded by Creative Europe 2015-2019), the leader of which is Odin Teatret (Denmark) along with another 12 artistic institutions – companies from 11 European countries.

Irene Koutsaki was one of the 50 Idea Makers who were selected to go Madrid, and join Idea Camp 2017 (“Moving Communities”), organized by European Cultural Foundation in cooperation with Platoniq and the Municipality of Madrid, in order to further investigate and develop her Idea to establish an International Center for Community Theatre in Heraklion.

She was selected to participate in Tandem Fryslan (project funded by ECF and Leewarden2018). In that frame she realised a community project titled “Adeste”, a festival upon social and emotional isolation with activities that took place inside of the Roma Camp in Heraklion.

She was project manager for Omma Studio of the project “CLINK: Cultural heritage linking diversities in Europe”, under the Europe For Citizens Programme (2019-2020).

For the last 12 years she works with children 4 to 12 years old and has developed an educational programme called “In the garden of emotions”, about the emotional intelligence of children.

She believes that the task of the artist is to create connections and social interactions. Her motto is “Give Art a Chance”.